feast of the holy innocents

DECEMBER 28 is the traditional feast day of THE HOLY INNOCENTS.
Despite the horror of the murders of the baby boys of Bethlehem, the numbers quoted in the Middle Ages of 14,000 or more, is not a possible number, considering the size of the town. Modern historians put the number at 5 to 20 children. Still not a comfort to the families who lost their children. Slaughtering a “mere” twenty babies is nothing compared to other things that Herod did, so there is no first hand report or contemporary report of this occurring, but Mary kept all these things in her heart and later reported them to the apostles.”
Herod was not a popular man with his Jewish subjects. He was too cozy with the Romans and he practiced a rather indifferent form of Judaism. Being unpopular, he was always fearful and wary of plots against him. He murdered his wife and his sister’s two husbands out of fear. Then he had these children killed when he realized that the wise men were not coming back to report what they had seen as he requested. Apparently, near the same time, he had his son murdered, having been accused of an attempt on the king’s life. When Caesar Augustus heard of this, he said that it was safer to be Herod’s pig than his son, since Jews did not kill pigs to eat.
“Then was fulfilled that which was spoken by Jeremias, the prophet, saying: A voice in Rama was heard, lamentation and great mourning; Rachel bewailing her children and would not be comforted, because they were not.”
Matt ii. 17, 18 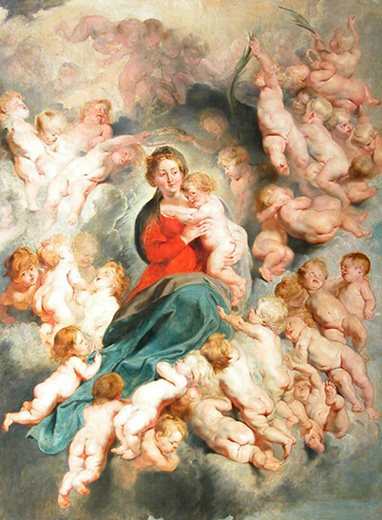