THE MATTER OF A MURDER OF A MAID

The telephone rang shrilly. Sally, the house maid, walked out to the foyer and picked up the receiver, answering, “Hadley residence!” She started as a screeching voice on the other end demanded to speak to one of the Hadley sisters. Immediately. She rushed the receiver and base back into the breakfast room. 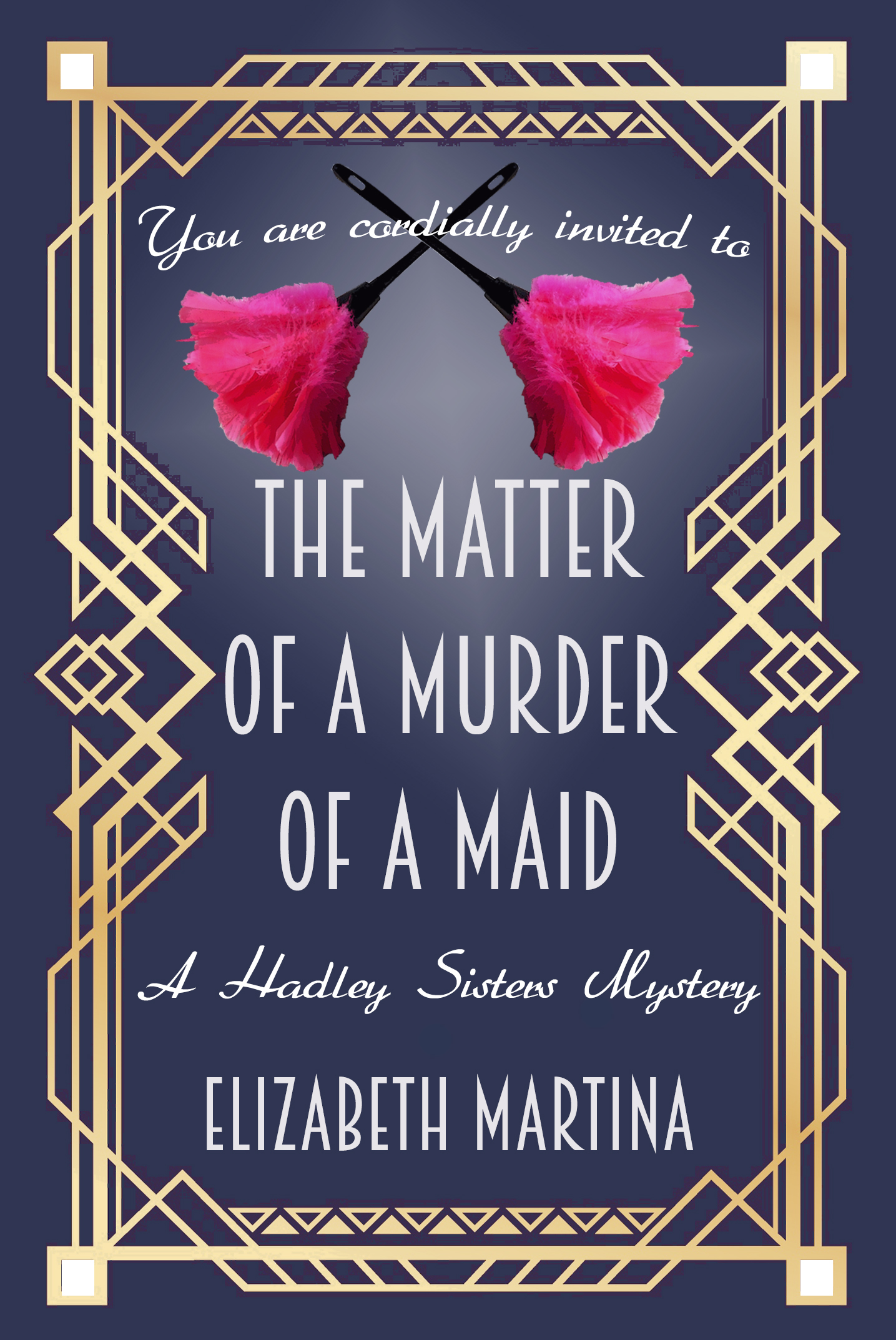 Betty and Kate Hadley, both in their early twenties, were already dressed for the day and seated at the breakfast table reviewing the morning offerings that Sally had just retrieved from the kitchen. They both looked up at the sound of the voice at the other end. They smirked and rolled their eyes.

“I will take it,” Betty indicated to Sally, holding out her hand. Sally walked the long cord and base over to the table and handed the receiver to Betty. James, the butler and all around helping hand poured her second cup of coffee after refilling Kate’s cup.

“Good morning, Evelyn” Betty began in her crisp business tone. She pulled the receiver away from her ear. Kate, on the other side of the table, could hear the shrill voice as well.

Betty blinked at the receiver. “Mary? Your maid, Mary? The young one with the braids that she wraps?” As an aside to her sister, she whispered “The poor girl is so old fashioned!”

“Yes, that one! I have no other maid named Mary! I am just beside myself. She is supposed to serve at my tea this afternoon! Now I have to find someone. Can I borrow Sally?”

Sally heard that and cringed. Her eyes opened wide and she shook her head slowly, side to side, silently refusing. Betty waved her off for the time being.

“Evelyn, don’t panic. Perhaps there was a family emergency!”

“There is no family.” Evelyn’s voice was a little less frantic as she shared her worries.

“Has she a boyfriend?” Kate piped up, clucking her tongue in disapproval.

Evelyn heard and answered without Betty repeating the question. “She is just 17 and hasn’t been here long. But I hear that the Italian chauffeur for the Bridges has been eyeing her. Cook told me.” Cook, Mrs. Kelly, who ran the Milton kitchen, could be a source of all kinds of gossip.

Kate leaned further forward across the table, but, before she could add a comment, Betty leaned away from her and waved her off. “Evelyn, dear, are you dressed?” Betty looked at her watch. It was only 9:00am. Evelyn was probably still in her dressing gown.

“I am. I was going to run out to have my hair done but Mary did not come down at 6:00 like usual. I couldn’t give her instructions!” She was about to screech again.

“Stop it, Evelyn! And come over, now. You know our cook makes wonderful croissants. You love them.” Betty banged the receiver on the base and motioned to Sally to take it back. She turned back to her coffee.

Kate looked at her timepiece. “How many minutes do you think? I say two.”

“No. Three. She won’t be able to decide on a hat.” Betty looked at her watch.

It was four minutes before James walked the upset neighbor into the breakfast room. Kate and Betty were on their second rolls and there were still a dozen left along with various other pastries and three types of juice.

Dressed smartly in a morning suit and a large felt hat, Evelyn Martin was the epitome of the spoiled, pampered Brahmin of Beacon Hill. She was disturbed that her day was not going right. However, it did not interrupt her appetite and she piled her plate before sitting.

“Let me see…Mary cleaned up after breakfast and set the table for lunch for two. Then she was to return to the house at 7:00.” Evelyn took a bit of croissant with jam. “She did not return. Not last night. Not this morning.” Her angst did not suppress her need to reach for another croissant.

“So, you say that the Bridges’ chauffeur is interested?” Betty questioned.  “Perhaps he may know something,” she added.

“I am certainly not going house to house, interviewing my neighbors’ servants like a common girl reporter!” Evelyn replied indignantly.

The girls looked at each other and pushed their chairs back. “Evelyn, why don’t you go to your hairdresser so you will look lovely for the party. And we will call on the Bridges for you.”

“We will help you find her in time for the party,” Kate reassured their guest.

“Oh, you girls are wonderful!” Evelyn cried with a mouth full of delectable pastry. “But, if you don’t find her by 3:00, may I borrow Sally? It is entirely

too late to call the employment agency!”

Sally stared at her two employers, pleading. Betty smiled slightly. “Let’s see what we find,” Betty said to her in an undertone. Then she stood up. “My dear, Sally will get you anything you want. But, Kate and I have an appointment shortly and we have to go.” Kate’s head swirled around and she looked at her sister quizzically. Betty just went on, “Stay here, dear, until your appointment, if you like.”

The two sisters rushed out into the hallway, ready to burst with laughter. “Where are we going, Betty?” Kate asked in a whisper.

“We need to talk to that chauffeur. It is 9:30. He should have returned from taking Mr. Bridges to work, but too early for a hair appointment for Mrs. Bridges. Get your hat on. Let’s go.” A swift view at themselves in the foyer mirror, a hatpin placed just so and the sisters were out the door.

To be nothing but an overgrown baby is nothing to be proud of. The fact is, we have such over-grown babies. Some boys grow to young manhood without developing their character. As none of you want to be overgrown babies, you will have to develop your character.